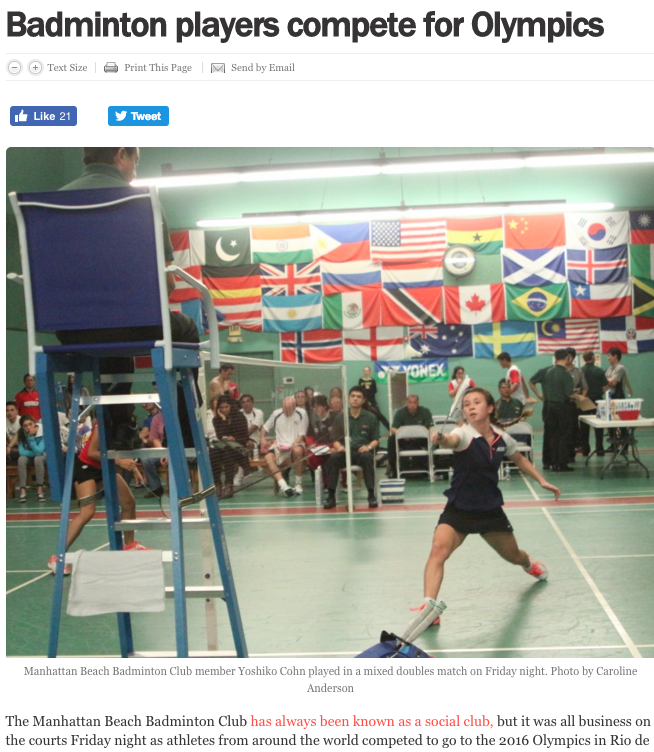 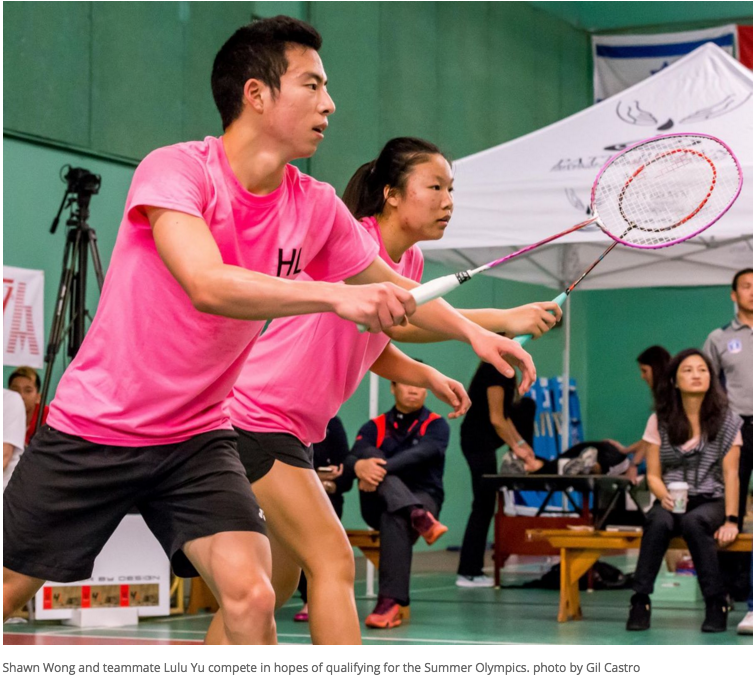 The Manhattan Beach Badminton Club hosted an Olympic qualifying tournament last week that included many locals from the 80-year-old club.

The athletes played in the tournament where they could earn points for a spot in the Summer Olympics in Rio de Janeiro. There were around 70 international players representing about 20 countries such as Italy, Finland, Iceland, Mexico, Peru and Japan along with an additional 20 local players.

“This is the first time ever we’ve had an Olympic qualifying event at the club,” said member David Levin. “It’s exciting to have this caliber of play at the club.”

It was a big win all around for the players on the “Road to Rio 2016” and the city of Manhattan Beach when the M.B. Badminton Club hosted the U.S. Olympic badminton qualifying tournament last week. Renowned athletes from around the world competed in a quest to earn Badminton World Federation ranking points to meet the Olympic Qualifying Standard.

According to Ken Schwartz, a volunteer member of the Tournament Organizing Committee, the MBBC was able to host the Feb. 3-7 event due to the work of Yuko Kawasaki, president of the MBBC Junior Foundation, who petitioned the Badminton World Federation to hold the “Road to Rio 2016” event in the city.

“Our partnership with the city of Manhattan Beach gave the club an opportunity to expose Olympic-level badminton and these world class athletes in a small town setting at this historic club,” Schwartz said. 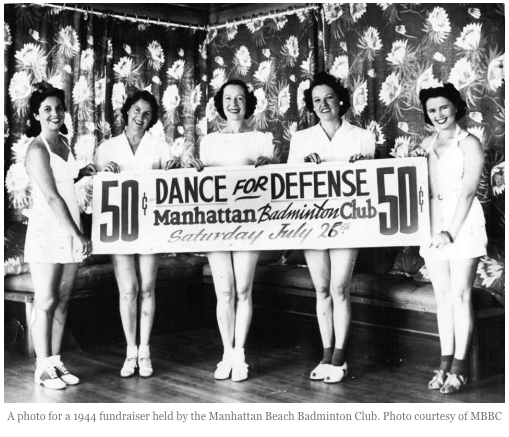 The Manhattan Beach Badminton Club predates the street it’s on. But few in town know what the beige building tucked among houses on 18th Street is.

“Most people think it’s the phone company,” said Peter Steinbroner, who grew up near the club and now sits on its board of directors. “They say, ‘I drove by all these years and didn’t know.’ It’s the best kept secret in Manhattan Beach.”

A 1990 article in the Los Angeles Times called the club “as obscure as the international sport it serves.”

That may be about to change. From Feb. 3 to 7, the club is hosting the final Olympic Badminton qualifying tournament in the U.S. before this summer’s games in Rio de Janeiro, Brazil.