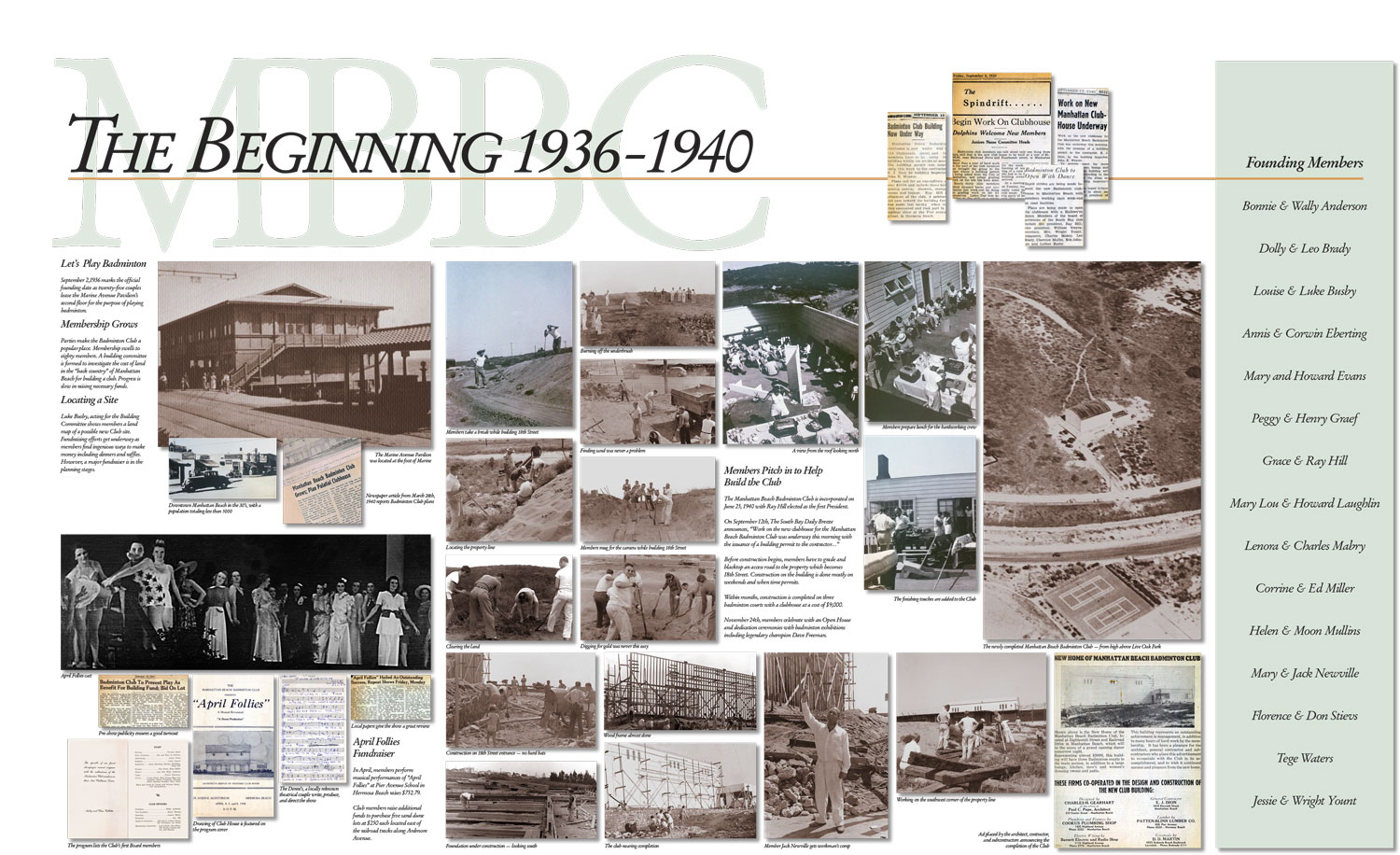 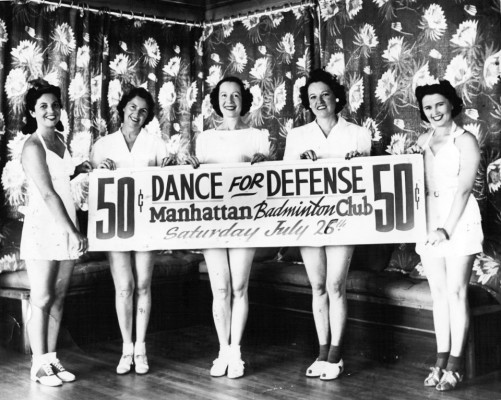 Manhattan Beach Badminton Club predates the street it’s on. But few in town know what the beige building tucked among houses on 18th Street is.

“Most people think it’s the phone company,” said Peter Steinbroner, who grew up near the club and now sits on its board of directors. “They say, ‘I drove by all these years and didn’t know.’ It’s the best kept secret in Manhattan Beach.”

A 1990 article in the Los Angeles Times called the club “as obscure as the international sport it serves.”

That may be about to change. From Feb. 3 to 7, the club is hosting the final Olympic Badminton qualifying tournament in the U.S. before this summer’s games in Rio de Janeiro, Brazil.

The world’s top 65 players from 21 countries will compete to become eligible for the July games. The Manhattan Beach games will be open to the public and broadcast live on YouTube through the Badminton World Federation and in some bars and restaurants downtown.

The city is helping to host the event, with a dinner at the Manhattan Beach Fire Station as part of the opening ceremonies. Winners will be awarded challenge coins from the city.

The event comes at a time as the club is trying to branch out more into the community. Although its membership is capped at 250 by the city because of its residential location, the club recently reached an agreement to allow the city to offer badminton classes at the facility.

The club, which Steinbroner said was “the oldest on the West Coast,” was started in 1936.

“Badminton was a very popular sport with Hollywood stars,” said Steinbroner, whose parents joined the club in 1966.

The club’s founding members originally rented the second floor of a bathhouse on Marine Avenue near the beach. Although they enjoyed being by the ocean, the floor was only 15 feet tall, so the players had to come up with rules to address the problem of the shuttlecock hitting the ceiling.

Eventually the members, who consisted of about 20 to 30 couples, began looking for property in the “back country” of Manhattan Beach. To raise money, they wrote and performed a variety show called “April Follies.” In 1939, they settled on a property of seven lots east of Ardmore and south of what would become 18th Street. Each lot cost $200-220. 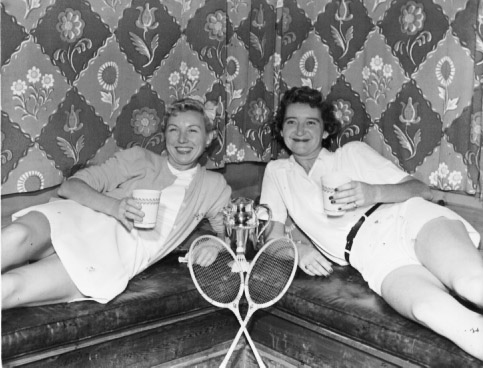 The members built the small clubhouse and three courts themselves. They also built 18th Street.

Then on December 7, 1941, the Japanese attacked Pearl Harbor. The U.S. Army took over the clubhouse, where it housed its officers. An artillery battery was on 19th Street.

“By 1943, it was evident there would be no invasion,” said Steinbroner. “They got their club back.”

The pool, which has become a popular feature, was built in 1951. The Junior National Championships were held at the club  in 1960.

“In the sixties, there was a lot of discussion of expanding the club,” said Steinbroner. The courts had aged and so were rebuilt with a special wooden floor that cushions joints. The lounge, which looks out over the pool with a view of nearby rooftops and the hills of Malibu in the distance, and the outdoor kitchen were built.

“It was a different world today than it was back then,” said Steinbroner. “A lot of guys had come out of the war. They were hard drinkers and smokers. They threw a lot of luaus. One of the debates when they were building the lounge was, where were they going to have the luaus?”

The club has always had a heavy social component. Kenneth Schwartz, whose wife Stephanie puts on the club’s version of Cinco de Mayo every year, pointed out how the club’s seal features a martini glass with two rackets and a shuttlecock inside.

The property recently underwent some more work, which added ramps to be more accessible.

The youth program has also long been an important component. In addition to providing courts for Mira Costa High School Badminton for the past 25 years, the club has its own program for kids five-years-old and up.

Despite the fact that there is a three- to five-year wait list to join and a requirement that applicants be sponsored by two current members, Steinbroner and Schwartz said the club is more low-key than traditional country clubs.

“People let their guard down and have a good time,” said Schwartz. “There’s not so much ‘airs.’”

For the upcoming games, they plan to arrange bleachers on some of the five indoor courts to seat about 100 to 150 spectators. Professional courts must be indoors to ensure a “controlled environment with no air moving,” Schwartz said.

Although a little dated, the facilities are better than most, even for world-class athletes, according to Schwartz, who said that most badminton courts are also used for other sports.

“This is a beautiful place for them to play,” he said.

Though some Olympians have come from the club, such as Joy Kitzmiller, who played in the 1992 games in Barcelona, the club has never hosted any events affiliated with the Olympics.

“To have a tournament of this magnitude is pretty special,” said Schwartz. “For the city to host something on the world stage is pretty neat.” ER 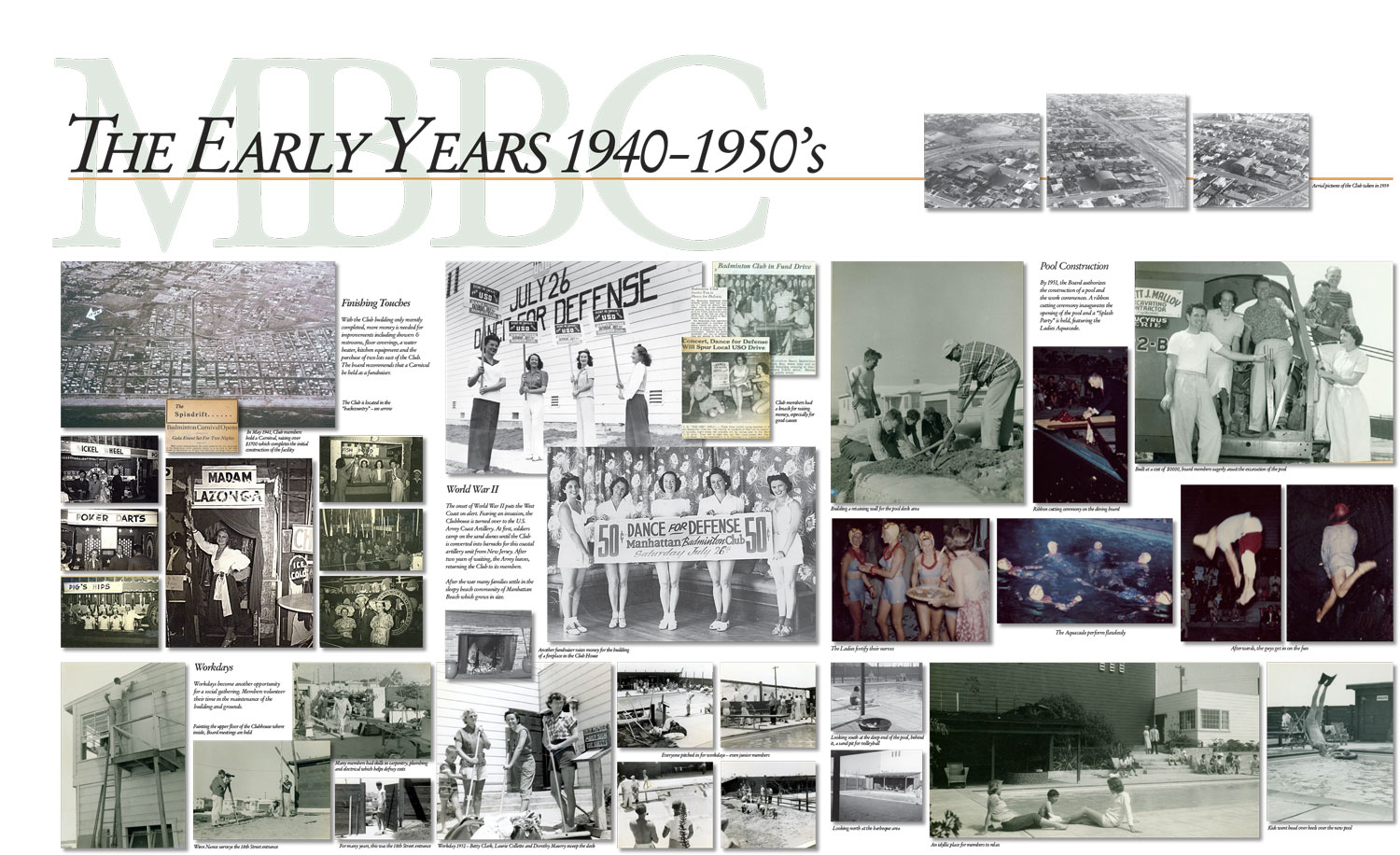 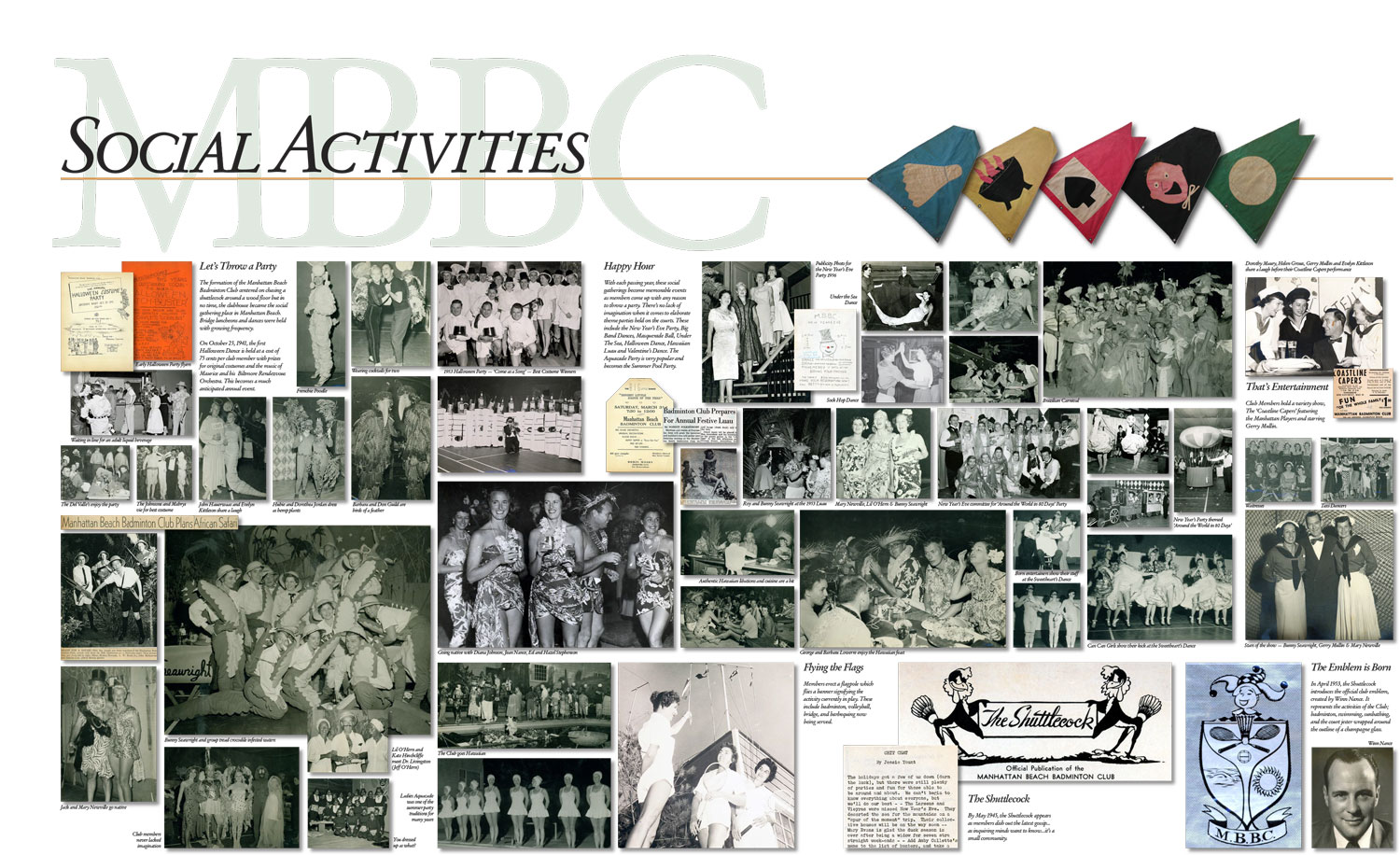